The 3 Stages of Defence

The 3 Stages of Defence

We started with the stance that a defender should use to defend a player. 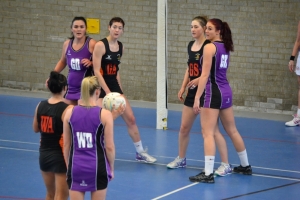 The GK is positioned to the side of the GS. If the WA tried to pass to the GS, the GK will be able to use her left arm to intercept the ball. The GK must keep on her toes and adapt her position to any slight change the GS makes.

Players then got into teams of three and practised marking an attacking player (moving slowly right and left) – always staying in front on them. The third player held up different coloured bibs and the defender had to call out the colour.

View an example of this on our netball training playlist on YouTube.

Next up was stage two defending. This is when the attacking player has received the ball and you are making it difficult for them to pass the ball on by restricting their options. There’s also a chance that you can intercept the ball once it’s been thrown. 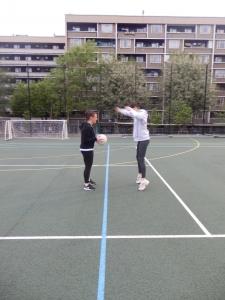 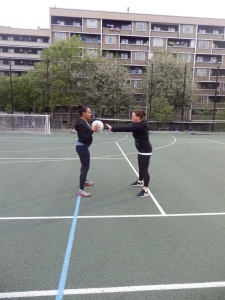 A great way to practise your reactions is to play ‘ANYWHERES’. In pairs, facing each other, one player passes the ball; chest, bounce, shoulder, left and right. They are quick frequent passes that the other player (the defender) must react to as quickly as possible and pass back to the first player.

DRILL TO PRACTISE STAGE 1 and 2 DEFENDING 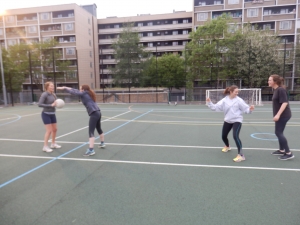 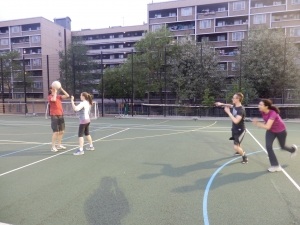 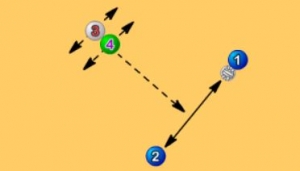 For stage 3 defending, players need to focus on: 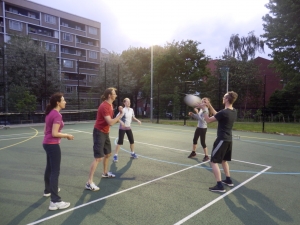 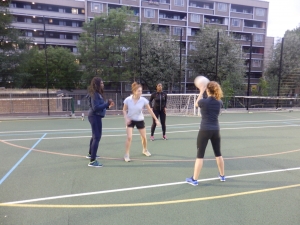 If you’re interested in joining our netball training sessions please get in touch: interest@playnetball.com