Last night was the final session of our training course. Over 8 weeks we had 36 participants attend the sessions to learn about netball rules and tactics. Many of those who attended hadn’t played netball in a while and we also had a few brave people that joined in who had never played before.

During the last 8 weeks our coaches Lucy and Bhav ran sessions on passing, positioning, channelling, zones, creating space, moving the ball through the court, shooting and defending. It was a lot to squeeze into the 8 hours but everyone has improved greatly in the short space of time.

It was important to us that these training sessions were not only a chance for people to get back in to netball but also create an opportunity for players to socialise and make new friends. Which is exactly what we did! 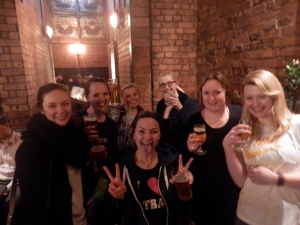 We receive lots of enquiries from people that want to play netball but feel they are not ready to leap straight into a league. These sessions provide people with the confidence and netball knowledge to do so. We are really pleased to say that as a result of these sessions lots of the trainees have now established their own teams and are currently playing in a playnetball league. Other trainees have joined previously established teams as individuals at our Highbury venue. 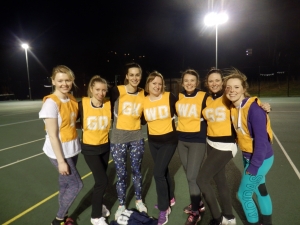 N1 Angels – one of our new teams

Following the success of these sessions we will be hosting another course! We’d like to invite anyone who wants to get back into netball along to a 6 week course starting on the 21st April. If you haven’t played netball before or haven’t played it in a while we’d love to hear from you! You can contact Kerry at interest@playnetball.com for more details.

Thank you to all of the participants who signed up and attended the course. We hope you had lots of fun over the last 8 weeks and go to play a lot more netball! We have 3 Saturday tournaments coming up in the summer on 21st May, 9th July and 6th August. We also have a netball tour to Spain on the 17th-20th June. Read about how you can sign up for them here. 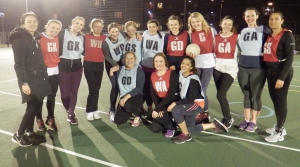